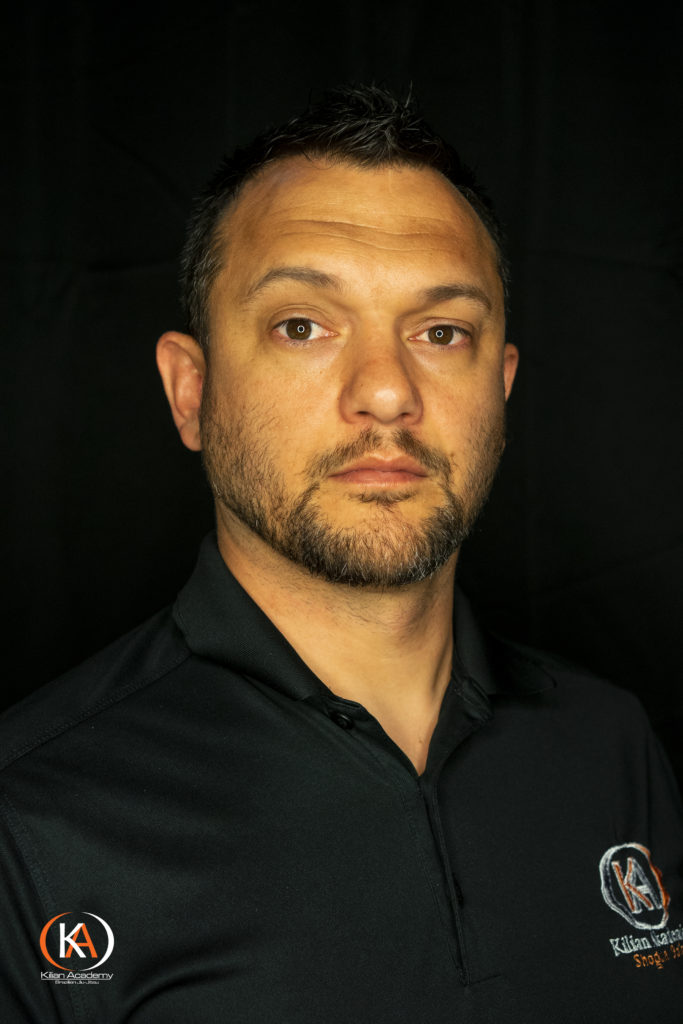 Abrie Kilian began training in martial arts at the age of 12, with South African karate and judo legends Mr. Allan Holmes and Mr. Stan Schmidt , and competed and won in both karate and freestyle fighting. At the age of 17, Alan Holmes and Stan Schmidt awarded Abrie a junior black belt in JKA (Shotokan) Karate, the largest Karate Association in South Africa at the time.

After completing secondary school, Abrie studied Theological Arts and completed his studies in 2000, before commencing his part time studies of law in 2001 at the University of the Orange Free State (UOVS).

In 2005 he married Rochagné Kilian, who finished her medical degree in 2005 at UOVS.

On relocating to Williams Lake, Canada in 2009, Abrie started training martial arts under Mr. Sheldon Lainchbury (Karate, Kickboxing and Ju-jitsu), Mr. Eric Arseneault (Ju-Jitsu), at Shogun Martial Arts. In 2011, Abrie was selected to represent Team Canada at the WKC World Championships held in Spain in both Karate and Kickboxing. In 2012, Abrie once again made the Canada team and represented Canada in Kickboxing at the WKC World Championships, held in Montreal and placed 5th. In 2012, legendary martial artist, Marwan Abu-Khadra (Shogun Dojo), awarded Abrie his black belt under Sheldon Lainchbury, in both Karate and Kickboxing. Abrie received sportsman of the year from the Williams Lake City Council for 2011.

In 2012, Abrie obtained his degree in Law from the University of South Africa and was admitted as an attorney-at-law in the High Court of South Africa in 2016. During 2012, Abrie became a BJJ-student of world renowned Roy Dean and was awarded his blue belt in 2014, by Roy Dean.

Both Abrie and Rochagné returned to South Africa in January 2013 and proceeded in establishing Kilian Academy in Vryheid, Republic of South Africa.

In 2014, Abrie and Rochagné established Hanami Martial Arts Supplies Ltd. to provide BJJ-practitioners in Africa with quality uniforms. Both Abrie and Rochagné hosted one of South Africa’s largest BJJ-tournaments in 2014  and 2015, known as the Hanami Challenge.

In 2015, due to the depreciation of the South African local currency, Kilian Academy could not maintain affiliation with Roy Dean and departed on friendly terms. Kilian Academy affiliated with Rio Grappling, who at the time was the largest BJJ-group in South Africa under Jurgen Putter, black belt under BJJ-legend, Roberto Attala.

Due to the escalation of political oppression of minority rights, especially Boer-rights, both Abrie and Rochagné relocated in 2017 to Owen Sound in Ontario, Canada. Abrie was awarded his purple belt in BJJ by Jurgen Putter in December 2018. 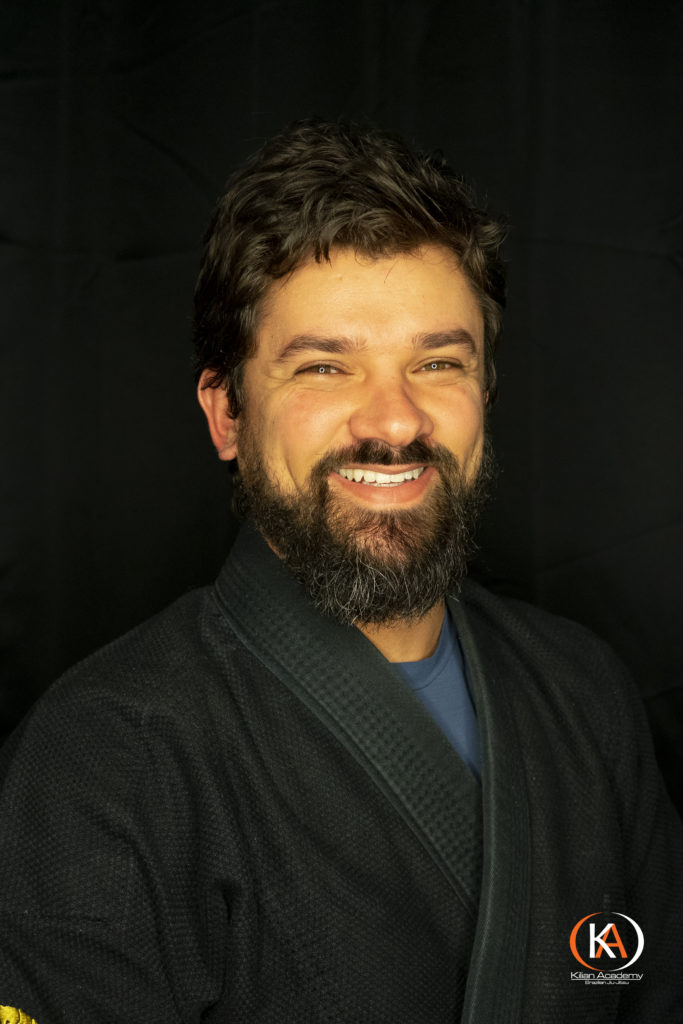 Yuri Rosa is the Dojo-Cho (head instructor) of the Bujinkan Owen Sound Dojo. With over 15 years of training, and multiple trips to japan, he is a licenced Bujinkan instructor.

In Brazil, his training began when, after moving to start university, he came across a Bujinkan Dojo and decided to try it out. The experience was nothing he had ever had, so he became a diligent student. In that time, he did multiple public demonstrations in Japanese culture festivals, TV shows and magazines to show the art of Ninjutsu. After graduating, he returned to his hometown, opened his own Dojo and started pursuing the career of a Police Officer, both to teach them better ways to defend themselves against real threats and violence but also to utilize the best of his abilities to protect society. After a national selection process with 24 thousand candidates, he was hired and worked in many divisions, such as homicides, violent crimes, drug prevention and at the police academy, utilizing what he learn in the Bujinkan as well as specific courses provided by the institution.

His training kept progressing, attracting more and more people to the Dojo. Some just regular students but other with very specific needs, like fire fighters, Judges and cops. During this time, he started travelling to Japan to train with the Grandmaster (Soke) Masaaki Hatsumi, his head instructors. At the Honbu Dôjo, given by Noguchi Yukio DaiShihan, he passed his 5th Dan (Degree) Black Belt test, under the watchful eyes of Sôke.

Although his career and Dojo were doing well, the country was becoming increasingly unstable and unsafe. For this reason, him and his wife decided to relocate to Canada, a peaceful country and full of opportunities.

With his on-going training in the Bujinkan paired with the many real life-threatening situations he encountered, his goal is to show the real traditions of Japanese Classical Martial Arts and the misunderstood art of Ninjutsu (arts of the Ninja).

NOT SURE WHERE TO START?

Picking the right program can be overwhelming. Let us help you!